Imagine reading Ulysses, on fire, and in German. And it may still be easier to understand than some of the theories behind these terms.

Are you by chance interested in knowing how to make a smart business dumb? How to ensure a successful company of thirty years dries up lickedy-split? Because believe me, it’s actually really quite simple.

Our lion taming business is finding the digital wizard of oz lacking muffin-marketing and veal-viability as well as other nano-economic mad sustainability skills on planet Krypton in Gotham.

Wonderfully done. And apologies to the fans.

Dry technically-cut terminology like that is a surefire way to make sure the path you take as a business, is the wrong one.

I have another little tasty example.

Just do as I do, like a good little company would:

You’ve mastered another of the so many reasons businesses today are lead astray or find themselves drowning with the question of “what is this new-age water” on their lips. We must understand it’s not easy for them though, floundering around in a scary new world of terms and technicalities they don’t understand. Trying so hard to do what they’re told needs to be done, it’s almost sad to see them sink and not understand why.

I’ve watched so many companies navigate their way through terrain so frighteningly boring and industrialized, they all eventually find themselves under that avalanche of digital-snow, confused and unsure about which way’s up.

And you know what I say?

It usually surprises even the most seasoned of a businessperson.

In all honesty, though, businesses today are constantly told— no scratch that— they’re constantly screamed at that they need to adapt or die. Embrace the digital drug or perish alongside newsprint and the wheel. That they’ve got to open their front doors and let the new binary-filled world set fire to a hundred years of traditional trade and common sense.

And you know what?

This problem, this painstakingly simple problem, is precisely why so many either take a stand and die out with the familiar, or botch what they think is ‘adapting.’

Marketing, media, all of that good stuff, needs to be delivered with a gentle hand. A skilled and knowledgeable hand. Hopefully, that’s no surprise. Like everything else from the past centuries, it needs to be done right. This near foolproof image of ‘the digital world,’ often believed as the lifesaving key of a company is almost never so if done poorly. People either have too much faith in the way digital viability works today or not enough.

For some insane reason, there tends to be very little middle ground there.

But embracing this commonly perceived utopia of digital understanding certainly does not mean pumping your Adwords account full of dollar bills, hoping against hope some poor suckers click by accident and decide to stay because you’ve got pretty colors. And even with a refined campaign or targeted ads, it doesn’t mean just attaching a card and letting it run loose.

There’s more to it.

But it’s all weighted with words and economic ideologies that are so boring and technical I could deliver a speech on fire, me, not the speech, and it would still take some effort to listen to.

We need to cut through that to the heart. To the theme. Even if you understand the words, even if you have a Harvard degree in business and could actually find a way to deliver speeches on fire, working with a theme is always better. It always allows for easier manipulation and control of any concept, business or otherwise.

And at the heart of everything is a theme.

Because strangely contrary to popular belief, viability still does not look like buying airtime and physically beating your customer with a coupon after coupon. They feel pain too. They hurt. And man trust me, coupons really do hurt.

No, those methods are akin to repeatedly punching the same person in the face, asking them to love you over and over again.

In fact, they may even come to resent you, but more on that side of buyer relations later.

Much like children, you’ll find force-feeding the consuming adult a task so far from pleasant, it’s absurdly messy. Things like media buy for example need to be handled with a graceful and gentle hand, not a closed fist.

I could go on telling you about how I ran the Blah Corporation or how I raised Double Blah L.L.C from the dead, but none of you want to read about that. Because that’s part of the very problem I’m trying to get at here. You all want to read about what’s underneath. The sublayer. The substance. The soul.

The beating heart of the business, and how to keep it so in today’s world.

The truth is, that which separates good business from bad business is not always a matter of money, or a matter of stance, but about the relationship and the perceived image the consumer understands. And to deliver that message, one needs to hold the full understanding, the theme, in the palm of their hands.

Look me in the eye and tell me why it is we can’t make this simple.

No seriously, tell me, because I haven’t a damned clue.

No one introduces themselves with a fist to the face.

It’s just bad business. And technically a crime I think.

You see, what I’m saying is that there can be no doubt, you have to adapt. All businesses today will die if they do not come to realize digital viability is necessary. But you HAVE to do it right.

We can all scream about numbers and analytics all day long, but we’ll only leave none the wiser, and partially deaf.

And I don’t know about you, but I quite like my hearing.

I’ve been saying this for years. None of it sticks to the wall, no matter how much scotch and scotch tape I buy, and how many laps I run around you. And I’m fast too.

It’s just simple fact that the boring and the technical never inspires, and that my friends, is where it all goes wrong. Some of the brightest business minds out there understand or care so little of this, we could fill their heads with golfballs. And believe me when I say we’d need a lot of golfballs for that.

So alas, we arrive at the power of metaphors.

Metaphors let us connect so much easier to the theory. And when we’re better connected to the theory, we’re that much closer to reality and truth.

Saying I’m going to ‘dumb this down’ insults all of us, myself more than anyone else. I’m not dumbing it down at all, I’m smartening you up. I’m making it so this world of business, not unlike the lives we retire to at home, is no longer as foreign and strange as it may seem. Showing you that good business can, in fact, embrace our digital world with grace and success and that we all have the means to see it so.

I’m going to tell you all about it.

Some small updates to this article. Since it was first written, modular architecture, think Legos, versus integrated architecture (like a big sandcastle), is fully taken off. You can connect many different pieces and parts together rapidly and disrupt, removing the profits from the entity you’re competing with.  It’s why things appear to be going so fast today versus just a few years ago.  Quick tricks cant save you now. 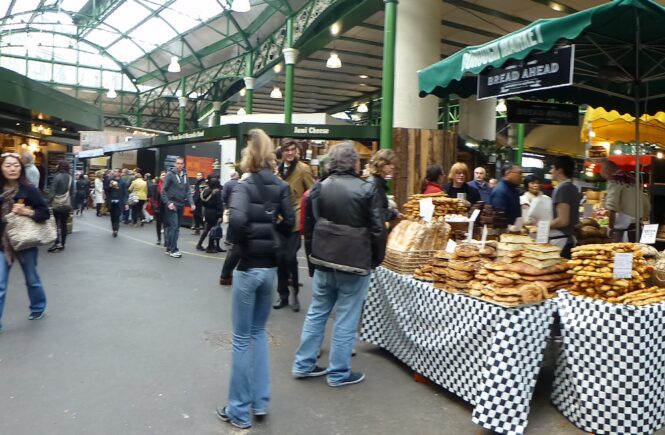 Jobs to be Done

I have been studying related work to Jobs to be Done theory, who people implement the theory and what are the results. The theory is well known, there are a lot of variations and options to the process and few results to share from the effects of JTBD. It’s a…

What the butcher, baker and candlestick maker always knew

God does not average

When you think of your business as a single number… … you don’t see the details needed to drive growth. This simple example indicates the great opportunities that most businesses have if they would just segment their customer base a bit more.  in this example, the first picture indicates an…