The future of manufacturing, distribution sales and marketing in the age of disruptive innovation

Inspired by some of the conversations I’ve recently had, I thought I would share some insights related to this case study and how manufacturers are thinking about 2 problems they are facing:

Both of these things (and others) at once spells doom for those who can’t adjust.

What’s hard to reverse engineer by competitors may be a means to prevent disruption from them.  Understanding that certain places and types of organizations cant follow you in certain areas.  For example, brand, social and tribe building is not well understood in certain places.

Manufacturing and marketing often don’t go hand-in-hand. Manufacturers are very good at building things and locating distribution channels, calling it a day but what if the product never really ‘leaves’ the factory so to speak.

Rory M McDonald The esteemed Harvard professor recently completed an exceptional case study on this subject matter which should be inspiring and telling to manufacturers everywhere.

In 2018, Henri Seydoux, CEO and Founder of Parrot, believed that his company was at an inflection point in its history. Parrot had been a European leader in consumer electronics since the 1990s, first developing Bluetooth kits for cars before moving on to electronic toys and, significantly, the AR Drone in 2010—a remote-controlled quadcopter that was way ahead of its time. In the years that followed, Parrot’s sales volumes and popularity quickly increased. But new players were entering the market. Giant Chinese rival DJI, in particular, aggressively lowered its prices, forcing weaker companies out of the market. If Parrot was to survive the shakeout, Seydoux would have to figure out how to compete in an industry where even well-capitalized companies were collapsing. The questions that he faced were both strategic and urgent. Where to compete and how to win?

Manufacturing is a very difficult endeavor but integrating modern ways to create a tribe or marketplace around your product creates a defensible layer that is hard to prevent.

Here’s an example. Let’s pretend we have a retail product that is used to look for things. I’ll leave it at that.  When you think about the jobs to be done it’s not really looking for things, it’s creating the opportunity for people to socialize with one another, compete and form relationships about the unified concepts of hunting for objects. This particular piece of hardware is almost like a real world way of doing Pokemon Go combined with hardware and a marketplace. Now imagine that if you would integrate an app with the product itself and then further establish a way for a marketplace to thrive.  Hunting for things takes a) a place to hunt (sell side) and a hunter (buy side) that is integrated by the hardware itself (no, this is not about hunting animals). Now you have built a tribe that’s connected to the hardware, to your way of distributing that hardware, back to the manufacturer. You know everything about how the products used, how to facilitate further usage, how to make that usage a lot more entertaining and remove a lot of the friction from how all of that happens. Why would you not want to do that?

Often the problem is manufacturers think to just extend the product through app development, not socially connect the product to the customers and adjacent markets.  If you can do this, you create brand value that can be monetized.

In the example of the Parrot drone case study, drone manufacturers should think about their tribe and how to integrate that tribe to the product, back to the manufacturer.  If you’re looking for multiples, for true growth, and you don’t want to put up constant innovation that is just torn apart by ruthless competitors, you better get innovative beyond the obvious categories. If you’re looking for incremental efficiencies from the world you know, it’s just a matter of time before those competitors outmaneuver you at a cheaper cost. That’s not innovation and it’s not the future. 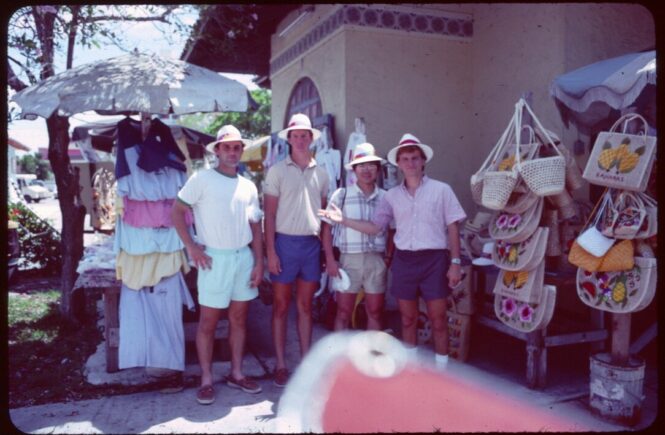 What does it take to truly be customer-centric and show results? By understanding and quantifying the unmet needs of the customer, you are taking the first step towards results-driven customer-centricity. Most people think they solved it. If so, you are growing and demand exceeds your supply. Here are some ideas…

Why are customer’s unmet needs so hard to figure out?

There are several methods for determining customer unmet needs. Guessing is one. Looking at Google search terms, another. Surveys, interview people. Many ways exist but why do products and their organizations keep failing? There are also concepts such as product-market fit, innovation theories, and jobs to be done methodologies that…

Why PMF is the secret superweapon of the 2020s?

By Akos Tolnai and Christopher Skinner Go to market strategy was a stronghold, captained by marketing. The more you could spend on marketing or, in general, customer acquisition, the steeper the growth curve would be. Or to put it this way: even a mediocre product could become a success with…